George Michael (born Georgios Kyriacos Panayiotou, 25 June 1963 – 25 December 2016) was an English singer, songwriter, record producer, and philanthropist who rose to fame as a member of the music duo Wham! and later embarked on a solo career. He was widely known for his work in the 1980s and 1990s, including hit Wham! singles such as “Wake Me Up Before You Go-Go” and “Last Christmas” and solo albums such as Faith (1987) and Listen Without Prejudice Vol. 1 (1990). 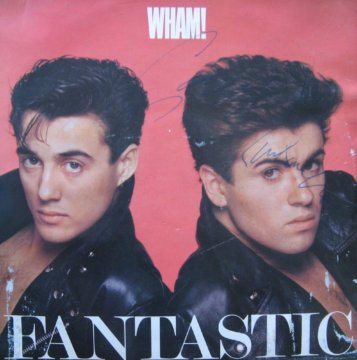 Fantastic is the debut studio album by British pop duo Wham! released on 9 July 1983. It reached number one on the UK Albums Chart. It included the previously released singles “Young Guns”, “Wham! Rap” and “Bad Boys”. “Club Tropicana” was also released as a single, as was “Club Fantastic Megamix”. In the U.S., this album was originally released as the group “WHAM! U.K.”, due to a conflict with a U.S. group with the same name (Columbia BFC-38911). The album also features a hidden track (played on a honky-tonk-style piano), which is included in the final 20 seconds of “Young Guns (Go for It!)”. 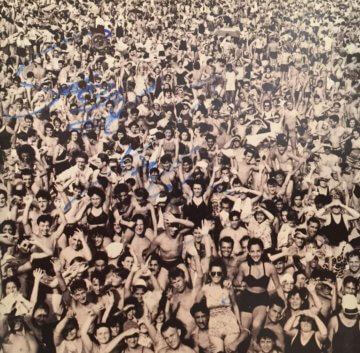 Listen Without Prejudice Vol. 1 was the second solo studio album by George Michael, released on 3 September 1990. The album was Michael’s final album of all-new material on Columbia Records until 2004’s Patience. Disappointing album sales in the US led to Michael’s legal battles against Sony Music, in which he accused the corporation of not fully supporting him as an artist. 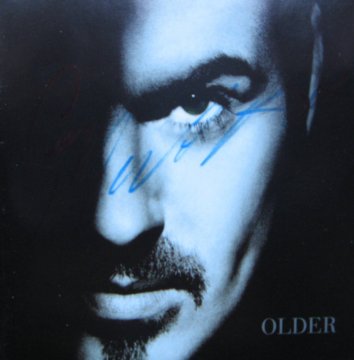 Older is the third solo studio album by George, released in Europe on 13 May 1996 through Virgin Records and Aegean and one day later in the United States. The American release was the very first album released by DreamWorks Records. It was his first album since 1990’s Listen Without Prejudice Vol. 1 – the five-and-a-half-year gap was due to the legal battle that Michael experienced with his record company. Michael dedicated three years to the recording of Older, and the album found him exploring new musical territories in a more serious fashion compared to his previous work.

At the time of release, the album was a huge commercial hit, particularly in Europe, but was received in America with a lukewarm critical approval. In the UK, the album was particularly notable for producing six top three hit singles in a two-year span, creating a record still unsurpassed. The high sales of the album presaged a re-issue of the album under the name of Older & Upper 18 months after its original release. 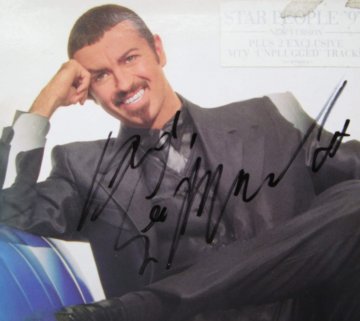 “Star People ’97” is a single by British singer George Michael, which was released as the fifth single from his album Older. It was written and performed by George Michael and was released by Virgin Records in the UK and DreamWorks Records in the US in 1997. “Star People ’97” peaked at No. 2 in the United Kingdom and also No. 1 on the US Dance Club Songs chart. The song contains elements of The Gap Band’s 1980 hit, “Burn Rubber on Me (Why You Wanna Hurt Me)”. 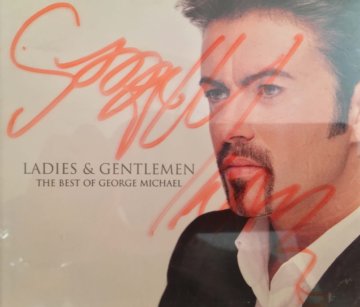 Ladies & Gentlemen: The Best of George Michael is a greatest hits album by George Michael, released on 9th November 1998. The collection of 28 songs (29 songs are included on the European and Australian release) are separated into two halves, with each CD of the double set containing music of a particular theme and mood. The first CD, titled “For the Heart”, predominantly contains Michael’s hit ballads, while the second CD, “For the Feet”, comprises mostly his popular dance tunes.

Ladies & Gentlemen is notable for containing a large number of compilation tracks and duets that have not previously appeared on a George Michael album, including his US and UK number-one duet with Aretha Franklin, “I Knew You Were Waiting (For Me)”, previously available on Aretha Franklin’s 1986 album Aretha; “Desafinado”, the duet in Portuguese with Brazilian singer Astrud Gilberto; and the Elton John duet “Don’t Let the Sun Go Down on Me“, from John’s 1993 album Duets. 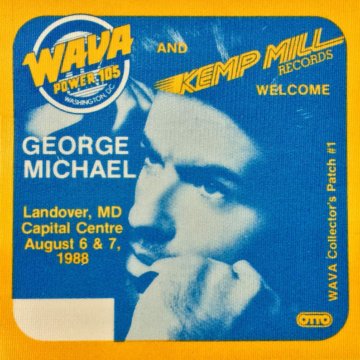 Michael achieved seven number one singles in the UK and eight number one songs on the Billboard Hot 100 in the US, including “Careless Whisper” and “Praying for Time”. He ranks among the best-selling British acts of all time, and in 2008, Michael was ranked 40th on Billboard’s list of the Greatest Hot 100 Artists of All Time. Michael won various music awards throughout his 30-year career, including three Brit Awards, four MTV Video Music Awards, six Ivor Novello Awards, three American Music Awards, and two Grammy Awards from eight nominations. Michael, who came out as gay in 1998, was an active LGBT rights campaigner and HIV/AIDS charity fundraiser. 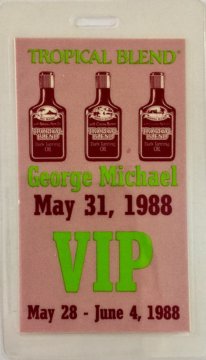 In the early hours of 25 December 2016, Michael, aged 53, was found dead at his Oxfordshire home. A coroner’s report attributed his death to natural causes.

To celebrate his life, Presley Collectibles has named their Artist of The Month December 2018 – George Michael. To this end we are offering George Michael fans a 15% discount on all George Michael and Wham! memorabilia throughout December 2018. To qualify just use the code WHAM15 at the checkout. Terms and conditions apply.

Free Worldwide Shipping Event will be available again this year for all our members. Non members pay full price for shipping all year, but you can secure access...

END_OF_DOCUMENT_TOKEN_TO_BE_REPLACED

Stars We Lost Before Their Time

END_OF_DOCUMENT_TOKEN_TO_BE_REPLACED

Artist of the Month

2016 CELEBRITY DEATHS 2016 celebrity deaths - this year we’ve sadly seen a lot of famous faces pass away but fortunately for us their legacy lives on through their music, films and performances. Ranging from comedians...

END_OF_DOCUMENT_TOKEN_TO_BE_REPLACED

Sidebar
We know these notices are annoying, but we do need to let you know how we use your data. Basically we use cookies to ensure you can place orders and view certain pages. Cookies allow you leave our site before completing your order and your items remain safely in your basket for when you return.  If you want to know more or withdraw your consent to some or all of the cookies, please refer to our Privacy Policy.
AcceptMore info